In the distant future, Earth was destroyed by our own hand. Before the planet became completely inhospitable, humanity took to space, clinging to the giant generation ships built by the Earth's elite. Have-Nots entered into feudal relationships with the wealthy ship owners in order to secure a spot off the planet for themselves and, if possible, a few family members. After hundreds of generations, the ships still search for a new place to call home as their ships fall apart around them.

The Nostromo III, owned and operated by Virrey Philip Fèlix Sunil IV and the burgeoning overclass making up house Patel-Fuentes have detected a rare Dyson Organism--a massive spacebound plant strapped between two captured asteroids--in the ship's flight path. He must convince the irreverent plant to take his kingdom on as its guardian, or die in space. 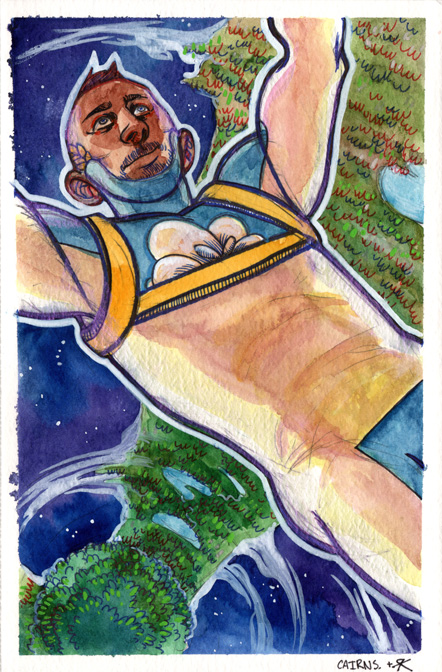 Created in 2011 for the NOBODIES, Vol 1 anthology, published by DRAWMORE, INC.

The complete eight page story can be read here.